Talked with Tutor and discussed my animation project but truthfully it became apparent I was more interested in doing a project that was more Design & Concept orientated than my previous idea.

Based on my previous interests in crafting game worlds and working on my Story World Bible creating a new game concept seems like a good idea.

I’ll focus on developing the game through concept and art designs to create a proof of concept trailer as well as exploring the methods of crafting an in game story and what is attractive to game players about that. 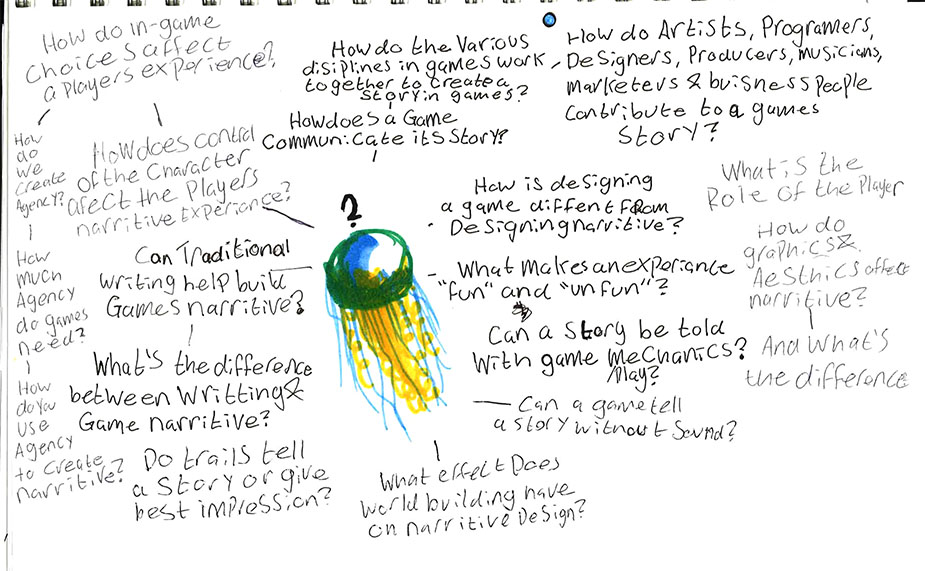 Started with another jellyfish diagram to flesh out what my research questions are and what direction to take my Honours Project in. 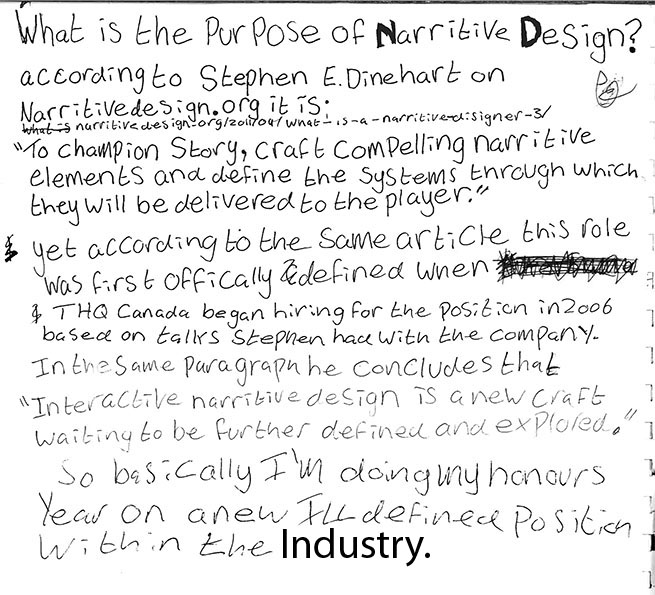 I began to research what Narrative Design entails and discovered a website written by Stephen E Dinehart to explore interactive storytelling which is a major part of my project and research for this year.

It was quite an interesting read especially as both the importance of developing game worlds to further game play and the narrative of a game, as well as the distinction between being a writer and a narrative designer, was well explained through many articles.

The main difference being that a writer would follow the philosophy of “Show don’t tell” and do their best to present a story to their audience where a Narrative Designer would follow “Enable don’t describe” meaning that the games own mechanics must work towards making the player ‘Live’ the story through their actions in the game.