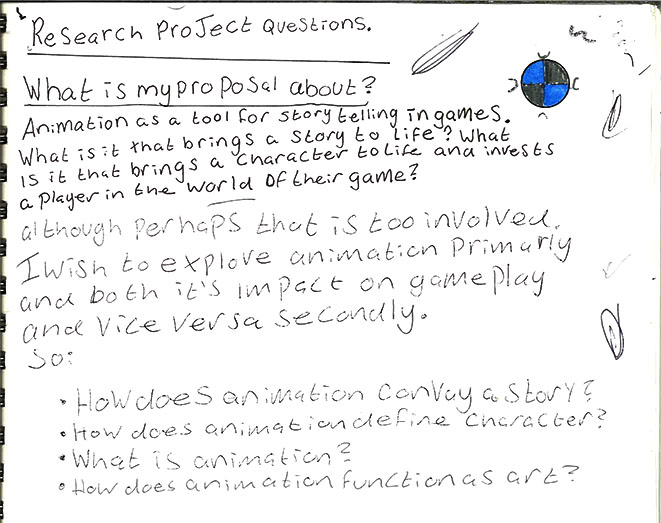 I just created a quick list of ideas or suggestions to move forward in my project for the year, working on an animation portfolio to develop my skills in that area and became a character animator.

I began to read Drawn to Life: 20 Golden years of Disney Master classes by Walt Stanchfield, the Art of Howls Moving castle as well as finding other animation sources to draw inspiration and guidance from.

The Animation from Tarzan was quite interesting as it showed how the animators at Disney wen through the process of developing Tarzan through animation tests such as how they could craft a convincingly animal/human movements while using this to actively craft part of their main characters story and identity.

The second set of tests were in Japanese and translations were difficult to find nevertheless it was interesting to see the difference between the line work animation and the finalised animations.

Next I found some examples of student/amateur animation to see what they did.

And some examples of in game animated set pieces. 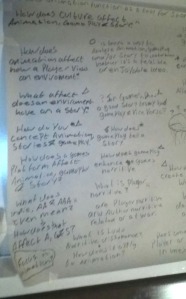 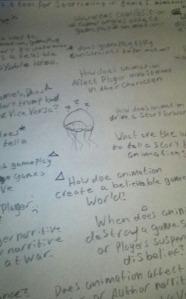 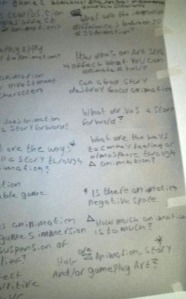 During one of my lecture we were set the task of creating a jellyfish mind map to flesh out the questions and direction for our project and pass it to one of the other students so we could critique each others work.

One of the things that developed from doing this was that I discerned  that my idea was in need of development, it lacked focus and it’s attention was spread between doing Animation, Narrative and Game Design.

Discussed this with the group I was with but made an appointment with a tutor to gain some more guidance on how to hone in on doing an animation based project without stripping away to much of the issues that are related to the project.