Researching how people design games, as well as narrative, because while designing games and designing narrative are not wholly the same they are connected enough with overlapping philosophies and practices to begin researching on for a clear for a clearer idea as to where this project is going.

The sources I looked up were Industry professionals such as;

NarrativeDesign.org continues to be a useful source of information on Narrative design. 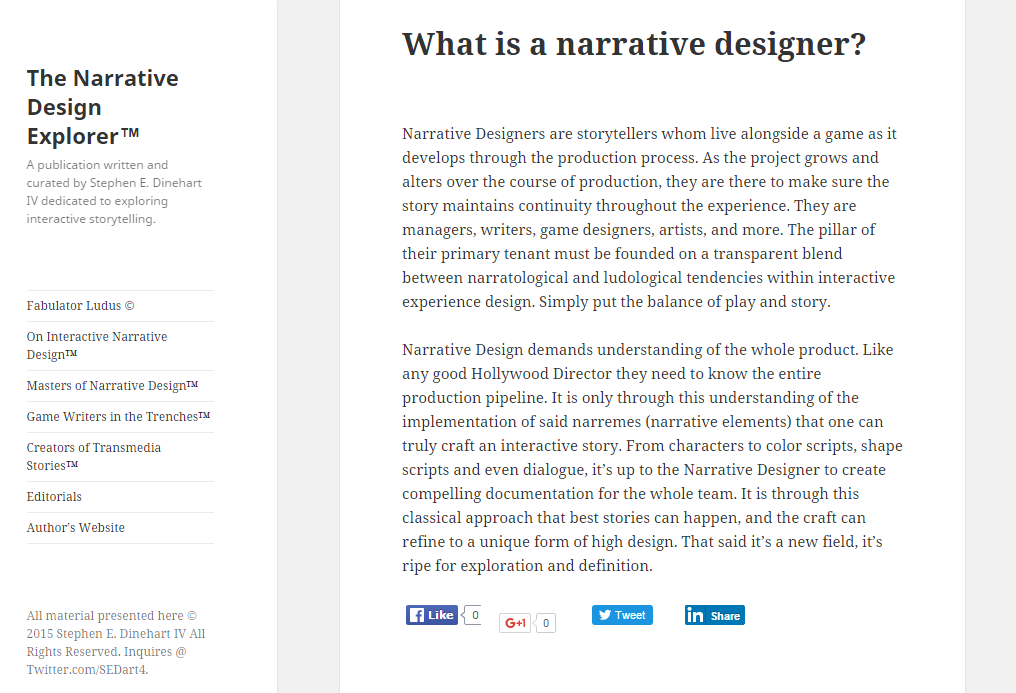 The three most prominent are;

Making Your First Game: Basics – How To Start Your Game Development – Extra Credits

This was quite a useful introduction into the creation process and gave some guidelines as to how to plan and create a game, even though I’m doing a proof of concept trailer not a full game.

It stresses to keep a realistic sense of scope and shoot towards creating and exploring your own abilities rather than trying to compete with more established creators and studios, as well as cautioning against going in with a specific idea.

A good source for understanding video game storytelling, It’s in truth this that has influenced much of my views on interactive narrative.

Especially it’s focus on using game mechanics to tell the story and the limitations of traditional writing in games.

This is the starting point towards my research proposal I feel, the question “can we convey raise a story or convey a story through it’s most basic element, Play?” is an intriguing question and one I’ll try to answer.