Did the Spy sprite but while it was generally okay still wanted to make him more distinct than he is at the moment, as the same went for the Overlord I went and redid him as well to create a more interesting and developed idea.

I fell that this design gave the Overlord (on left) a more sinister look to him without being wholly over the top and the Spy (On the right) more humanity and the appearance of someone wearing a disguise. 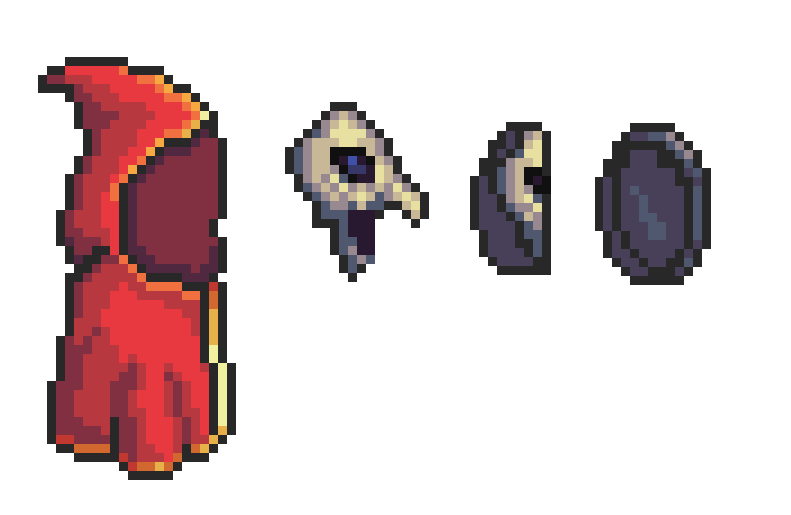 The same process led me to redoing the Councilor taking more reference from the Venetian masks and the Comedie Delle Arte to create a more apparently mask like visage.

Also made some more sprites for the mask separating it from the cloak so can use animation to show it as a mask and add a bit of character to him in the Animatic.

Next began defining the Environment for the Animatic as well for the battle scene (Used flags instead of columns), the entrance through which the hero appears and the throne room for our introduction to the Overlord. 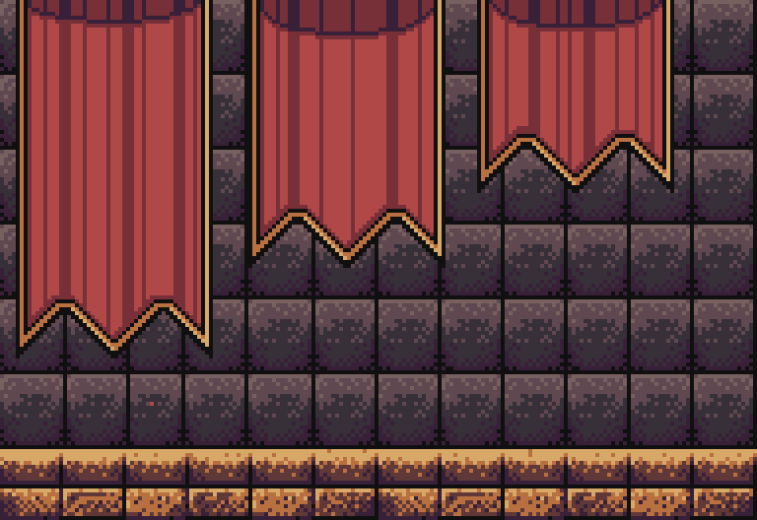 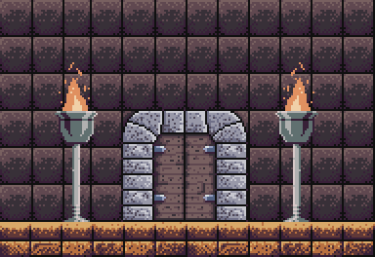 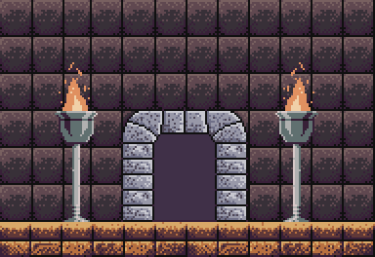 Then created the Various sprites used for the battle scene between the Faux hero and the players Overlord. 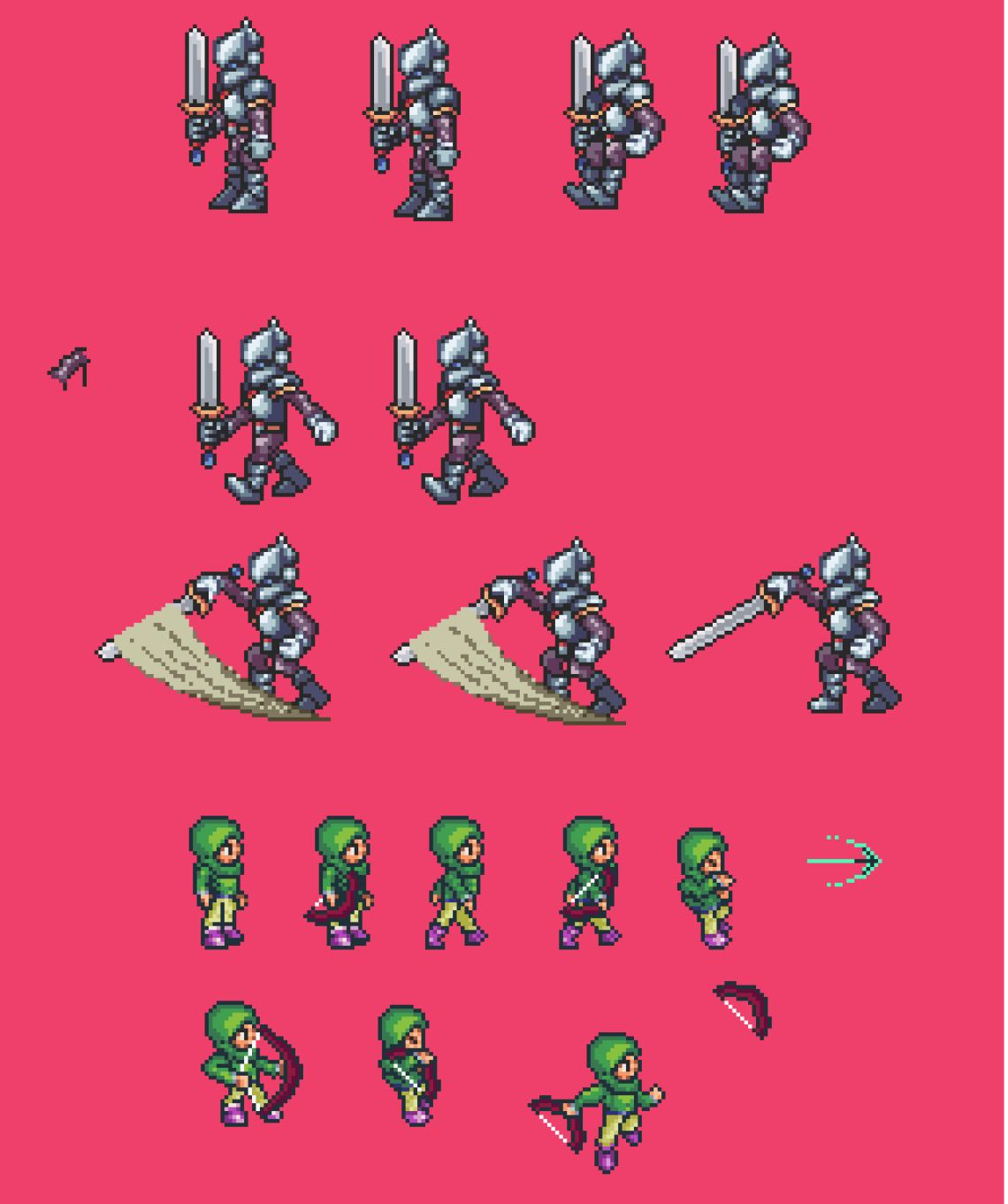